Troubleshooting a Cat 6 (or Cat 5) Network connection from the Network Switch to the Data Outlet and/or Computer can sometimes be very frustrating even for an experienced professional. If you think of a WIRED NETWORK CONNECTION as a chain made up of series of links, it will help you better visualize and understand the possible points of failure.

Each of the links is a potential point of failure and chances are that if challenged even many experienced technicians might not be able to name them all. Before we name all of the links, we will break them down into three main categories consisting of: 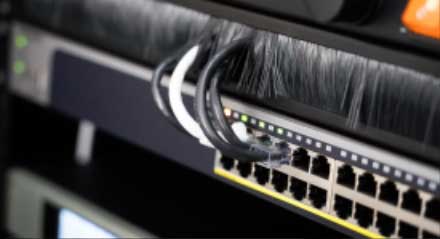 The Connection Wiring and Hardware 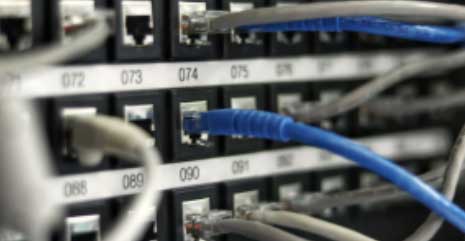 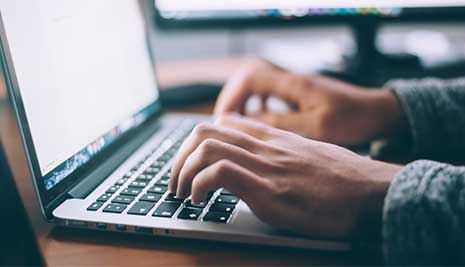 In most cases, the trouble is typically found in the connection wiring and hardware. But don't let that throw you off, when you are troubleshooting you must exhaust all possibilities. Knowing the points will make you a better troubleshooter. Let's start from the Network Switch and name each link.

So there are basically fourteen points of possible failure. But don't worry, most of the time it is usually not necessary to check them all. Your approach should vary based on one of the following three scenarios: 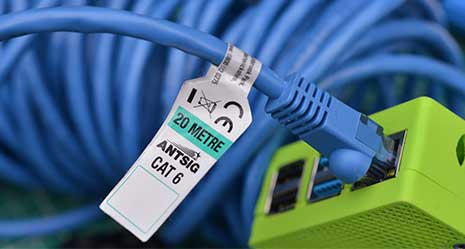 An existing but unused data outlet 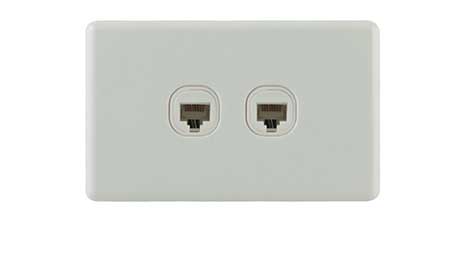 By considering one of the three scenarios above will help you in your approach in troubleshooting the problem. For example, 1 & 2 are most suspect for incorrect labeling while #3 can be any of the following:

If you think about it, the Cable Link is just a long data extension cord with an 8-pin RJ-45 jack or plug on each end. Thinking of it in this manner simplifies it and makes it easier to visualize.

Are you certain that you have the right cable? If you are unsure than use a Tone Generator & Probe to make a positive ID. * Note that an ID made by a tone generator and probe will ID the cable but not tell if it is properly wired. For that you need a 4-pair cable tester.

If you test the cable and do not get good continuity than examine the connectors or patch panel port on each end. Replace or re-terminate them as necessary. If it tests good than try the continuity again but this time with and through the patch cords on each end.

Note that if the cable (including patch cables) tests good for proper continuity that the cause is most likely either the switch or excessive crosstalk.

TIP: Use Velcro cable ties instead of vinyl ties as vinyl ties can crimp the cables causing excessive crosstalk.

Most likely causes of failure

Patch Cables
Mislabeled Jack (outlet)
Bad jack, connector or patch panel port
Crosstalk caused by a kink in the cable or from an adjoining cable.

In the event that you decide to run a new cable, you should strongly consider shielded cable as it is much less effected by electrical noise and crosstalk.

Troubleshooting wired network connections can often be frustrating. If you keep your cool and be logical you will find and correct the cause of the trouble. Try to act as a detective and ask questions like is the problem slow or no service, was it working previously, are any other connections out or just this one etc. By knowing all of the possible causes and eliminating them one by one can lead you to correcting the problem more quickly and with less frustration.

How to Make a Category 6 Patch Cable

This in depth tutorial shows step by step with pictures and explaination on how to terminate a Cat 6 patch cable, and also has an informatitive video with more information!

How to Terminate a Cat 6A, 10G, SHIELDED 10-Gigabit Keystone Jack

This step by step tutorial shows how to terminate a Cat6A Shielded Keystone Jack, and also offers valuable tech tips. For instance, did you know to use a thin device such as a utility knife blade to push the wires down into the slots just far enough where they will hold in place long enough for you to terminate them?